The Gold for Men Bronzing Lotion is a fake tan and provides a tanned and, at the same time, energetic masculine skin. The interplay of highly effective fake tan with active care products provides a natural, attractive tan for men without the sun that attracts the eye.

The Ultimate Youth Architect Formula forms the optimal basis for this fake tan. Built on the self tanner agent, the active ingredient fake tan complex, which is designed specifically for a man’s skin needs, is based on individually chained amino acids, which increase the skin’s moisture and give new energy to the skin. As a result, the fake tan is able to repair and rebuild the collagen fibers in a targeted way, thus, increasing the elasticity of the skin and preventing wrinkling. At the same time, the Vitamin B3, which is also contained in the fake tan, repairs damage of the skin barrier and gives it new energy to prevent transepidermal water loss. Sugar-based active self tanner agents of this fake tan lotion cause the skin to brown quickly without UV rays. These fake tan agents react with the uppermost layer of the skin leaving the skin with a tan, which lasts up to one week.

How is fake tan not blotchy? The fake tan agent is suitable for daily use and should be applied evenly to the skin in the morning and in the evening and allowed to absorb completely. After application of the sun tan lotion wash hands. After about 4-6 hours the full effect of the fake tan is noticeable. The fake tan agent does not contain any sunscreen and does not protect against sun burns and skin damage caused by UV rays. 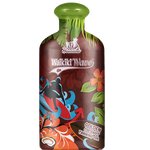 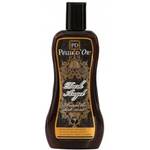 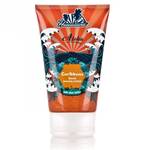 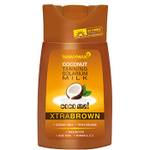 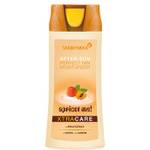 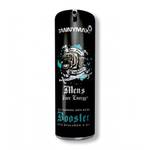